Great success of participation at InterSICOP 2022

Both visitors and professionals were very satisfied with the latest edition of the show, which has established itself as the great meeting point for confectionery, bakery, and ice cream professionals.

The thirteenth edition of InterSICOP, the International Bakery, Confectionery, Ice Cream, Coffee and Equipment Show organized by IFEMA MADRID from 19 to 22 February, was a great success in terms of participation

This edition has achieved its objective of becoming the great meeting point for bakery, patisserie, and ice cream professionals. More than 175 companies from six countries exhibited all the new products that are being launched on the market because of innovation, technological changes, and progress in each sector. A unique exhibition offering in terms of both quality and quantity.

Under the TecSICOP brand, the Show has boosted the range of equipment, machinery, and technology on offer for the different sectors grouped together, with the aim of making sales processes and equipment renewal more dynamic and faster, as well as offering the channel greater efficiency and competitiveness in its production and processing processes. With different cutting-edge proposals, this edition was also in line with market trends and new eating habits.

An event tailored to the needs of the entire value chain of the bakery and confectionery industry, which has exceeded the expectations of the different associations that have actively participated.

For Eduardo Villar, President of the Confederation of Spanish Bakers (CEOPPAN), “InterSICOP 2022 was excellent. We were expecting fewer people, but we are very happy. In addition, contracts have been closed and, thanks to the Show, we have been able to give visibility to Spanish bakery”.

Miguel Moreno, president of the Spanish Confederation of Artisan Bakery Entrepreneurs (CEEAP), pointed out that “this year was complicated because of the pandemic, and I have the feeling that people interacted less because of the mask issue.

But the fair went very well, much better than I expected considering the situation”.

For his part, Marco Miquel, president of the National Association of Artisan Ice Cream Makers (ANHCEA), gave a very positive assessment “because the situation was not optimal. Two months before InterSICOP, we were uncertain as to whether it would take place, we kept hearing news of trade fairs being postponed and this was the first one on the market.

The exhibitors who have participated are happy, they have done enough business and the influx of people, although it has been a little lower than other editions, has been professional. As for the championship, it was so well attended that it was not noticeable that there were fewer participants.

After two years of pandemic, what we needed was for the sector to come together, the sector now has bonds of union and participation. The best thing about the fair has been this, being able to come together, to talk, to put points in common. The organizers have worked hard to make it a success, and it has been a total success for all parties”.

Likewise, the director of the fair, María José Sánchez, stated that “for this great sector to come together again in person was something we were really looking forward to.

The results prove us right. These events are an essential element for all bakery, patisserie and ice cream professionals, as they are the perfect meeting point for them to continue to make progress”.

A national and international benchmark

InterSICOP 2022 has once again demonstrated its great ability to attract and reach both nationally and beyond our borders. A total of 15,652 professionals (visitors, exhibitors, and journalists) from 44 countries took part in this edition.

Technical seminars and forum, one of the keys to success

As at every edition, one of the highlights of InterSICOP 2022 was the extensive programme of technical presentations by great and renowned masters, who shared techniques, recipes, and knowledge.

Specifically, visitors have filled the capacity to listen and see live work by outstanding pastry chefs such as Miquel Guarro, head pastry chef at Hofmann Barcelona; Eric Ortuño, two-time winner of the Dulcypas Award for the Best Tea Pastry in Spain; Josep Maria Ribé, director of the Chocolate Academy of Barcelona; trendy ice cream makers such as Carlo Guerriero, from La Cremeria Gelato Italiano, and Jordi Guillem, from Real Ice Gelato; and bakers Yohan Ferrant, Carlos Mariel and José Roldán, among others.

The topics of the presentations were varied and in line with the new times, from plant-based to the possibilities of flours and ingredients that give added value to ice cream, such as coffee.

There was a full house at the seminars and at the forum, which was another of the activities that aroused a great deal of interest among the attendees. This was a space in which, as well as providing information on success stories, Bean To Bar was discussed, keys to marketing in the bakery were given and technical questions about ice cream were answered, among other things.

Not forgetting the Forum of women bakers, which highlighted the role of women in baking, and the ASEMAC reflection days.

InterSICOP 2022 was also the setting for three major national pastry, bakery, and ice cream championships, as well as a competition to discover new pastry-making talent.

Marcos Díaz and Hans Ovando have been proclaimed Best Master Artisan Pastry Chefs of Spain (MMAPE) 2022. Both professionals obtained this prestigious title after surpassing the 80% barrier in their scores, the only requirement to obtain this title promoted by the CEEAP

Albert Roca, owner of the Sant Croi patisseries and ice cream parlors in Barcelona, has become the winner of the fourth Spanish Ice Cream Championship, organized by ANHCEA, with a stellar work dedicated to the Journey to the moon.

The candidate from Avilés, Samuel Suárez, from the Alimerka bakery, has won the fourth edition of the National Bakery Championship organized by CEOPPAN, in which nine contenders took part.

Adrià Aguilera, from the l’Atelier school in Barcelona, has won the 3rd Spanish Pastry Students’ Championship, organised by CEEAP. An edition in which enthusiasm, youth and level shone through.

In 2022, InterSICOP has consolidated its position as the main business and visualization space for the sector, with a great capacity for international promotion in Latin America.

A good example of this is the programme of international guests and initiatives such as the Ibero-American Summit organised by CEOPPAN, with the participation of the presidents of the main bakery associations of Argentina, Colombia, Brazil, Chile, Venezuela, Mexico, Uruguay, Portugal, and Spain.

The InterSICOP team is already working on the next edition, which will be held in 2024 and will once again be a key event and a place of exchange for the three main sectors represented at the show: bakery, patisserie, and ice cream. 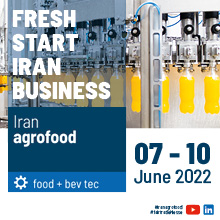 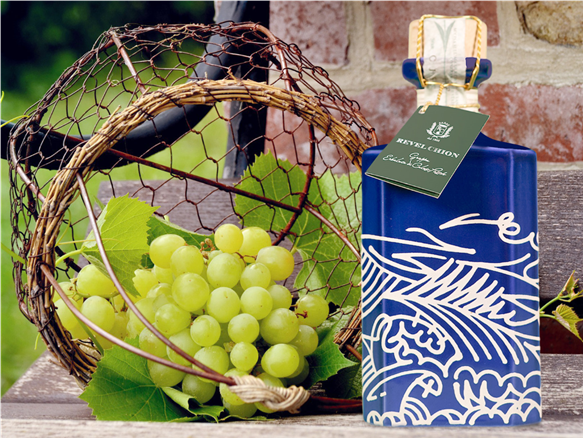 SELIO29, The art of ceramics meets the great wines of Italy

A Story of Art, Wine, and Tradition from Piedmont’s Canavese Region Art, 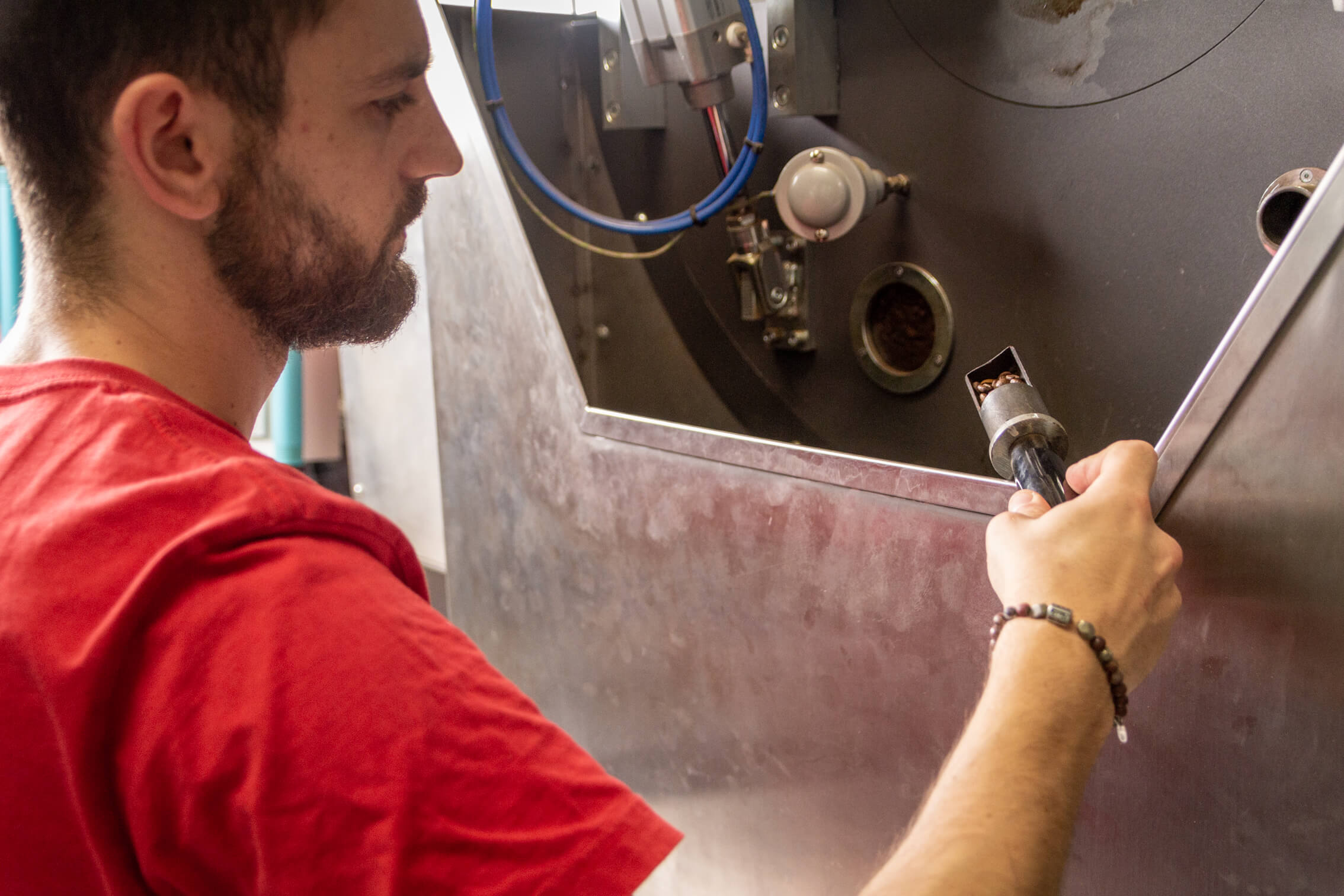 FELMOKA: The Italian art of coffee roasting since 1960

Felmoka is a company that produces and sells coffee since 1960, making